On Sunday, February 9 in the afternoon, the President of El Salvador, Nayib Bukele, broke into the Congress building accompanied by members of the Armed Forces and the National Civil Police. They entered armed with assault rifles, with the explicit purpose of intimidating the Congress, forcing them to approve a loan for 109 million dollars, destined for unjustified and incongruous purchases from companies of doubtful reputation, under penalty if not approved of an insurrection of the people against him. This was nothing more than an excuse to overwhelm and facilitate the dissolution of the congress and to be able to govern according to his will concentrating all the power, that is to say, to propitiate an “Autocoup” with unimaginable results.

The abusive use and manipulation of the Armed Forces and the National Civil Police strongly impacted the population, reminding them of the recent past characterized by military dictatorships, repression and total absence of the most elementary democratic freedoms, which resulted in a 20-year civil war with a balance of more than 80,000 dead, about 10,000 missing and half a million more people injured and disabled.

Such a scene,  not seen since 1992 when the peace agreements were signed, evidenced the fragile democracy that El Salvador lives, governed today by a fascist president who breaks with the secular state carrying out theatrical productions in which he “speaks with God ” who transfers direct and precise orders to him.  Bukele governs from social networks, summarily dismisses his subordinates with twitters, tramples human rights and puts in charge of public institutions family, friends and trusted employees of his companies, who have in common the ignorance and lack of suitability of their functions. To this is added a high degree of servitude and flattery of his intimate circle and followers of his party, who irreflexively celebrate any occurrence or outburst of the messianic president, who does not admit criticism or dissent of any kind for his actions and dictates.

The entire institutional and popular political spectrum, plus national and international public opinion, condemned these arbitrary and abusive acts that include the breaking of the constitutional order and the rule of law, the contempt and usurpation of other powers of the State, marginalization of dialogue, disqualification of all the sectors that oppose their dictatorial actions (including important associations of constitutional experts and judges,  the exclusion of transparency and the choice of the opprobrious path of authoritarianism, corruption and arrogance.

ALAMES supports and joins the call of Salvadoran social organizations, while calling on the international community and its militancy, to defend democracy and social conquests and to reject the absurd and inadmissible presidential call to insurrection.

We congratulate the Constitutional Chamber of the Supreme Court of Justice for the admission of citizen requests for unconstitutionality that seek to condemn the actions of the council of ministers and the armed interruption of the President into Congress.

The Salvadoran social movement and ALAMES support the search for dialogue and participatory solutions to the security problem and other urgent issues for the country, such as water, pensions, the destruction of the Health Reform and many more that require the dismantling of the model neoliberal, as well as the strengthening of institutionality and the rule of law.

[ALAMES is a PHM affiliate] 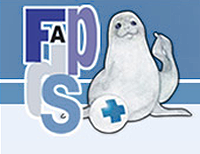